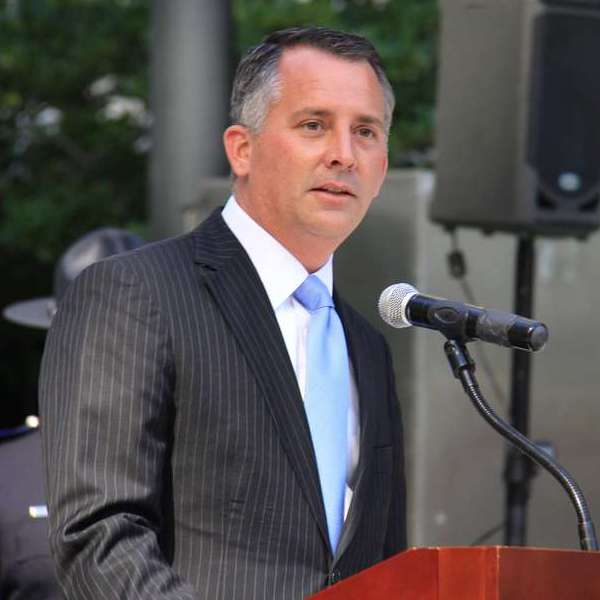 Congressman David Jolly served in the U.S. House of Representatives from 2014 – 2017, representing Florida’s 13th Congressional District, including the communities of St. Petersburg, Clearwater and the surrounding beaches.  A student of the institution, Jolly has held virtually every position in the House of Representatives, from intern to Member of Congress, and has worked outside the Congress as an attorney and political consultant.

Jolly considers himself a modern-day Bull Moose Republican, faithful to conservative doctrine on matters of the federal budget, taxes, and regulation, but unafraid of fighting for sweeping solutions on equality, the environment, campaign finance reform, immigration, and federal firearm measures.

Jolly was first elected in a special election in 2014, a Republican winning a district President Obama had won twice.  It was his first run for elected office and became one of the most expensive Congressional races in U.S. history at the time.  As Jolly recalls, it made him a fierce campaign finance reform advocate and ultimately led to his introduction of The Stop Act, legislation to prohibit any Member of Congress from soliciting a campaign donation.  Jolly’s crusade, and The Stop Act, were featured on CBS’ 60 Minutes.

But Jolly garnered most attention for his willingness to break from his party.  Jolly was an early GOP advocate of marriage equality and LGBTQ protections, pushed his party to accept the science of climate change, is a strong proponent of comprehensive immigration reform, and following the tragic shooting at the Pulse Night Club in Orlando led a bipartisan effort to restrict terror suspects from purchasing firearms.

Jolly spilled the secrets of both parties on the fundraising requirements placed on Members of Congress, once unveiled a jar of Florida mosquitos on the House floor to push for additional federal funding to combat Zika, accused Apple Inc. of having blood on their hands for not cooperating with the FBI in its investigation of a domestic terror event, and in December 2015 took to the House floor to call on Donald Trump to drop out of the Presidential race following the candidates proposal to ban Muslims from entering the United States.

Today, Jolly can often be seen as an analyst on CNN and MSNBC, including regular dayside appearances and primetime on The 11th Hour with Brian Williams, The Last Word with Lawrence O’Donnell, and All In with Chris Hayes.  Jolly also recently appeared on HBO’s Real Time with Bill Maher, and regularly on PoliticKing with Larry King.